​Orangutans are the largest primarily arboreal animals, which means they spend most of their time up in the trees. They prefer habitats like forested floodplains, lowland swamps, and mountain foothills. As frugivores (fruit eaters), they require large home ranges to forage for sufficient amounts of food. Even small changes in their habitat can have big impacts.  All three species of orangutan (Bornean, Sumatran, and Tapanuli) are critically endangered.

Unfortunately, their habitat is continually declining both in quantity and quality. This includes direct reduction of available habitat through deforestation as well as degradation of remaining habitat by things like pollution and fragmentation. Additionally, the consequences of habitat loss lead to other challenges like when orangutans eat the crops local communities rely on for sustenance and economic opportunities.

If this situation doesn’t improve soon, orangutans could be extinct in the wild within the next 10-20 years. Habitat loss can be caused by many factors, and any or all of them contribute to the decline of orangutan populations. 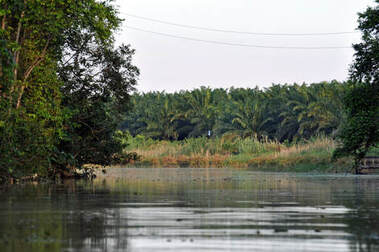 ​Palm Oil
​
The greatest single threat facing wild orangutans is the rapidly expanding palm oil industry.  It is common practice for palm oil producers to clear-cut rainforest areas to gain added profits from timber before planting the African oil palm plant. The fruits of this plant are then processed into palm oil, which is found in about half of packaged products. Everything from snack foods to cosmetics to cleaning products may contain palm oil. Considering its significant presence in our life, there is huge potential to help orangutans by being more intentional about which products we choose to purchase.

The AZA has published a Position Statement on this issue as well as a statement regarding Sustainable Palm Oil
Learn all about palm oil and orangutans here. 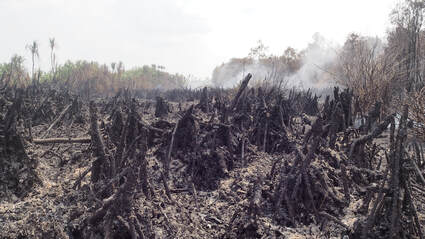 Burnt area on edge of Sebangau Forest. Photo by Suzanne Turnock and Borneo Nature Foundation
Fires
​
Indonesia has rich forests which unfortunately are being clear-cut for the timber industry, much of it done illegally. Though Indonesia is rich in biodiversity, it unfortunately has one of the highest rates of deforestation in the world. Compounding this problem is the use of fire to help demolish the existing forests. Land is often cleared for crops, including palm oil, by setting fire to the forests. These fires often spread out of control, covering the country in a thick haze of smog that not only threatens the health and safety of people that live in the country, but also the wild orangutans and the orangutans that also reside in local sanctuaries. The fires emit greenhouse gasses into the atmosphere. The country is a large contributor to carbon emissions, further contributing to climate change. 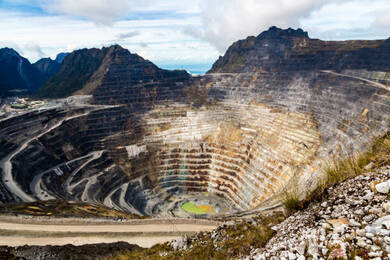 Photo - Getty Images
​​Mining​
​
Another major cause of orangutan habitat loss, and other forest dwelling animals’ habitat, is the mining industry. Due to rich mineral resources, Indonesia mines tin, natural gas, coal, gold, nickel, and copper. To mine the mineral resources, large equipment creates enormous craters into the earth. Not only does creating the mines result in the loss of orangutan habitat, but the exportation of the minerals also creates more problems for the ecosystems. Roads leading to the mines further dissect the habitat and cause orangutan habitat fragmentation, isolating orangutan populations from one another. Improved access to remote areas leads to easier access to orangutans for poaching or the illegal pet trade. All in all, the factors that contribute to habitat loss are plentiful, and all are equally detrimental to the survival of all three orangutan species in the wild. 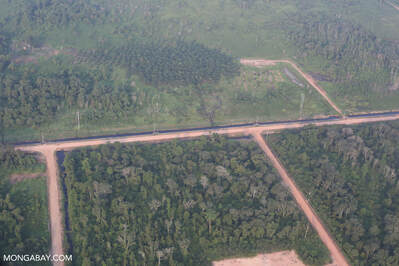 Photo: Rhett A. Butler/Mongabay
​Habitat Fragmentation
​
Fragmented orangutan populations can be caused by several reasons, roads, fires, and development, just to name a few. These smaller isolated groups of orangutans lead to less genetic diversity in the already critically endangered populations. These smaller populations can also become more susceptible to environmental risks. Human-orangutan conflict can increase as orangutan populations become fragmented. Orangutans may need to traverse over manmade cleared areas to reach their own natural food sources, or raid crops when their own food sources are depleted. This puts them in harm’s way to be shot at farmers who are concerned for their source of income.
(C) Copyright Orangutan SSP 2019-2024