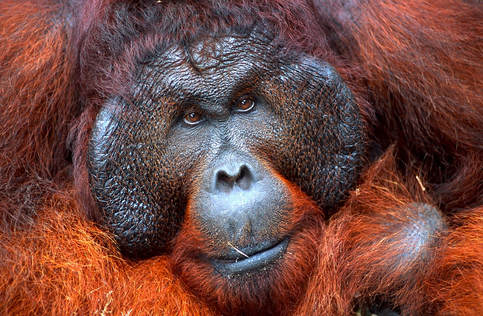 The use of the word “orang” in place of “orangutan” has become so widespread in western society that even those of us who know better often find ourselves slipping up. Don’t we all know what we mean, though? Isn’t an insistence on the full word “orangutan” merely a scientific formality? There’s a one-syllable answer for a one-syllable substitute: No, and there’s a powerful case for that.


It’s linguistically wrong.
Set aside the popular habit of westerners to add that mysterious and troubling “g” to the end of the word “orangutan.” That’s a battle we can fight within our own culture each time we politely correct an utterer of that tagalong consonant. Yet on further understanding of the Indonesian/Malay language, it quickly becomes apparent that by saying “orang,” we are in error too.

Orangutan does translate as “person of the forest,” with orang meaning “person” and (h)utan meaning “forest.” But the word orang by itself is also a classifier in the native language. Chopping the word orangutan in half does not result in two halves that necessarily mean what they meant when they were together in one-word harmony.

It’s offensive.
You might think, “So what if I use the wrong classifier?” After all, perhaps you’re not a student of Malay and are working in the field or visiting Indonesia and, like many Americans abroad, are just doing the best you can. A visitor fumbling through an unfamiliar language in a desperate attempt to communicate may earn an odd look or a chuckle most of the time, but this can also cause offense. Linguistic incorrectness aside, the use of “orang” to describe an orangutan is offensive to native-language speakers because you are spontaneously elevating a non-human to human status. Not only is this factually wrong – orangutans are not humans – but it is also culturally insensitive and runs in defiance of Islamic and animistic beliefs common throughout most of the area.

While this would never be an intent of anyone who has ever known, much less worked with or studied, an orangutan, the diminutive also marginalizes the orangutans themselves. If you’ve ever had your feathers ruffled when you heard a 19-year-old stranger refer to your 90-year-old grandmother – a person deserving of respect for her wisdom and time on Earth – as “sweetie,” we begin to touch the bottom of the mire.

Finally, “orang” implies a nickname we haven’t earned the right to use. If you’ve only just met William, and he’s been introduced as “William,” you wouldn’t call him “Billy.”

Before you assume that you haven’t offended anyone just because a native speaker has never called you out on the mistake, know that nine times out of 10, they won’t. To correct would be considered rude, regardless of our own rudeness.

It’s important.
“Orang” is a habit worth changing – and changing broadly, throughout our professions, whether in situ or ex – for the very reason all of us are here. Orangutan conservation – indeed, the conservation of any species – depends heavily on the ability to engage the aid and participation of the humans who share space and resources with the non-humans. The misuse of the word implies a lack of regard for the language and culture, as we’ve seen. But it also implies a lack of regard for the people.

The Indonesian farmer engaging in palm oil farming to keep his family afloat needs to know we come from a place of understanding or at the very least listening; otherwise, why should he listen to us? We’ve just shown him that we respect neither him nor his personal situation. And where does his disregard, caused by what he perceives as our own, leave the orangutans?

We can’t afford to have some of our most important potential allies turn a deaf ear because of our tone-deafness. So let’s listen up and work hard to convince our colleagues that “orang” must be retired from our vernacular. 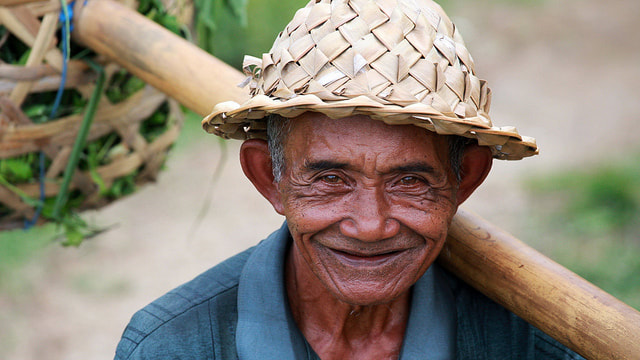